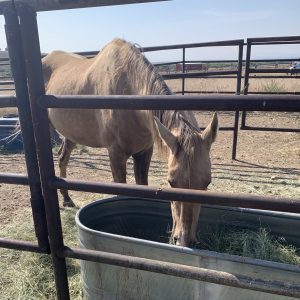 How do you let go of old ideas so you can have a happy life?

It’s so easy to get stuck in old habits of thinking. They say, “You can’t teach an old dog new tricks.” Well, what about an old horse?

Take Jax, a horse at the rescue facility near Breckenridge, Colorado. He is a registered show horse who recently became a resident. He was acting unsocial to his human caretakers and the other animals, and the center wanted to know what they could do to help him change his attitude.

So, Anne and I put on our pet psychic hats and opened a conversation with Jax. Jax was quick to respond. He said, “My behavior is not my fault.”

We know that being a show horse can be very stressful. Sometimes, those horses are trained without any regard for the animals. There are high expectations put upon them. He was tired of expectations. According to Jax, some people were downright nasty to him, so he did what he could to ignore them. He was still trying to ignore everyone today.

Knowing this, the caregivers gave Jax the least amount of pressure so he could settle into his new environment. They were exceedingly friendly, but Jax was firm about not wanting to have any expectations put on him including a saddle.

Jax responded, “Then you will want me to do something else once the saddle is on. It doesn’t stop.”

It was time to give Jax a new perspective. We explained that the food at the rescue facility is not free and there is a give and take in this world. He gets food and then does something in return to be fair. It can be as simple as being nice to the people who are nice to him. This is an exchange with minimal effort or expectations.

Jax again reminded us that he didn’t want to do anything. But he did admit he thought the food was good.

Anne then got an image that perfectly described him. He looked like an old man sitting on a park bench in New York City thinking he has seen it all and knows it all.

We let a few minutes pass. Jax started thinking. Then he said, “That’s interesting.” He was opening up to give and take. 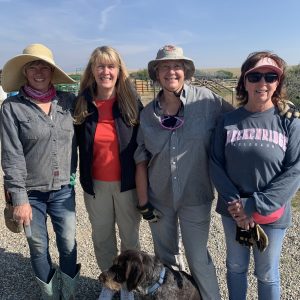 The caregivers asked if Jax would like to be with other horses. Jax replied, “A lot of them are stupid. And why should I get to know them if we will all be gone soon?” Jax had many owners over the years including three in this last year alone.

We explained, “When you talk to other animals, they can show you things you’ve never seen before. You can have fun interactions. You can even have fun with a saddle on your back if there are fewer expectations on you.”

He said, “That is an interesting concept. I’ll consider it.”

Gradually, he was seeing he had options. His saying that he would consider it was his way of entertaining a new idea without admitting it. Some of this was sinking in.

To emphasize his need to change, we reminded him how these kind people saved his life. If they had not adopted him, he would be put down and would be dog food today.

At that moment, Jax surprised us by letting out a big snort. He heard us. As an old horse, he was willing to consider change. He could make a better life for himself.

Yes, old horses can change if they can see a good reason to do so. It’s the same with dogs and us humans. What old idea might be blocking you from your happiness? How could you see things differently?